How long do you walk a path before you realize you are heading in a direction you don’t want to go? You thought it was taking you somewhere, but eventually it loops around to where you started. Do you stay on that path for another full circle, or do you make changes?

I have been on this path I walk for many years now, I have lived in the same home for twenty plus years, had a career job and had my future planned, my life I thought was unfolding, until that blind curve. I made it through and on the other side of that curve I was retired, early, too early, none of my friends or my girlfriend were retired so why should I be. Well, a few more steps on that path and I realized it was where I wanted to be.

I needed that curve in my life to point me in the direction of my books, they were important, but like a million others in the world I didn’t believe they were important enough to make time for. They were, now after spending some time on them, and finding the right people to help guide me down this path, they are looking after themselves. The word is spreading in a natural way, I am doing my own promotion and much to my surprise my little books are selling. Because I believed in what I was doing, I saw a direction on this, my new path.

Now, two years and many lessons later I have found another new path, a different direction to follow while I remain working on my books. I will make the time to finish my quest, I will publish my ten-volume box set of BawB’s Raven Feathers, because it is a dream that I want to make come true.  I know now that I can accomplish this dream while I’m working, because I took a moment to find the direction I wanted to go.

I did the best I could with what I knew, and now that I know more I will do the best I can at making things better. Volume one was the toughest, I had to overcome many fears, I had to build confidence and most important, I had to believe. Volume two came to be with wonderful improvements, the paper, the design and yes even the content was tweaked. Volume three is in the edit stage and my excitement is building. Finding the right path may take longer than you think, but once you are on it you will know it’s where you want to be.

It may just take you to a brand new place where others fear to tread. 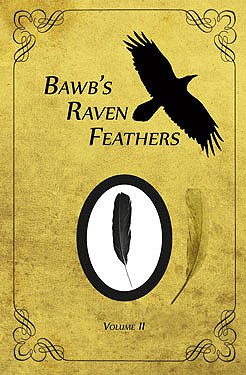 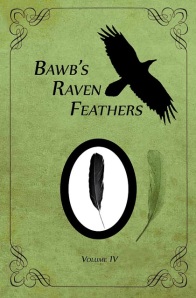 ...murmurs from the depths of my world

The caffeine-fuelled pondering of an editor abroad

Tara Walmsley is an aspiring photographer and outdoor enthusiast from Calgary, AB

To Love Yourself is your Greatest Revolution.

Travel + Lifestyle + Everything in Between

A walk through the world between places

A not so normal journey to find and heal your inner self...

LEARN from the Past, LIVE for the Moment, LOVE for an Eternity

Don't ever change yourself to impress someone, cause they should be impressed that you don't change to please others -- When you are going through something hard and wonder where God is, always remember that the teacher is always quiet during a test --- Unknown